Reasons to Visit the Dentist in Winter

We know that the cold winter weather and dry...

3 Signs You May Have Gum Disease

November is National Diabetes Month: How it Can Affect Your Dental Health

November is National Diabetes Month, and as we raise...

Halloween is just around the corner, which means an... 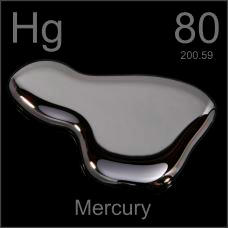 There has been a great deal of controversy in many areas of dentistry over the years, but none has attracted the kind of attention and altered the way dentistry is done quite like the issue of amalgam (silver) fillings. Some dentists swear by them and will not do tooth colored fillings, others no longer carry amalgam in their office and the rest of dentists fall somewhere inbetween. In all practicality, no one really knows if amalgam is completely harmless or has negative health effects, but we can make an informed decision based on the evidence based research available and attempt to steer clear of conjecture and personal opinion. 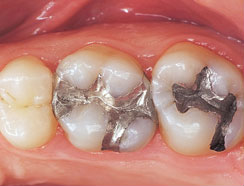 There are several types of mercury including ethyl-mercury, methyl-mercury, mercury vapors, elemental mercury, and thimerosal in vaccinations to name a few. There are subtle differences between all these types that could be evaluated further, but the intent of this article is discuss the safety of silver fillings and these complexities will not be discussed at length. The general idea is that all types of mercury can be deleterious to the overall health of an individual at certain levels.

This point bears repeating… mercury can be toxic to an individual at CERTAIN LEVELS. I often hear calls for the eradication of something due to the negative effects, but the amounts present are so far below the toxic threshold that it is a non-issue. Water, plain old H2O, is toxic if you ingest too much. Before anyone calls for the removal of anything due to the negative health effects, always be mindful of the thresholds that cause these effects and if the “toxin” at hand crosses that threshold.

When it comes to mercury, researchers are always findings ways to limit the amount of mercury exposure. The preservative in vaccines, thimerosal, was removed from vaccines because the exposure to children was found to be too high. The formulation of dental amalgam is also constantly being changed to improve the characteristics and limit the amount of free mercury that is released from the filling.

Multiple respected organizations have made official statements that the mercury released from dental fillings does not have verifiable negative or toxic health effects in their respective field. Those organizations include:

The absolute best filling is no filling at all. The tooth God gave you is far superior to any filling any dentist can place, but when a cavity begins to decay the tooth from the outside in, we are given no choice but to remove the cavity and replace the missing tooth structure with something artificial. I cannot in good faith state that there are no negative impacts to anyone, but this causative link has not been established and amalgam remains one of the best materials to restore a tooth after a cavity has been removed from a tooth.

We'd love to hear from you!
Please send us a message using the form below, request an appointment using our convenient appointment request form or call us today at (931) 526-4912.