Reasons to Visit the Dentist in Winter

We know that the cold winter weather and dry...

3 Signs You May Have Gum Disease

November is National Diabetes Month: How it Can Affect Your Dental Health

November is National Diabetes Month, and as we raise...

Halloween is just around the corner, which means an...

The words every person hates to hear most during a routine dental checkup are “You have a cavity.” Thoughts of the discomfort of the procedure, the cost associated, and finding the time to make it all happen start running through your head. For some, a cavity is just another trip to the dentist, it happens all the time. For others, a cavity is something that has never happened and confusion may set in as to why a cavity started now. All these are valid questions, but might be better understood if the process of a cavity was understood and why cavities must be treated were explained.

A certain type of bacteria which is normally present in the mouth will start to decay the enamel (outer shell of the tooth) as it consumes carbohydrates. Cavities typically form between teeth, in the grooves of the teeth, and along the gum line because these are the areas that are most difficult to keep clean. If the bacteria is allowed to stay on the tooth for long enough, it will start to soften the enamel slowly, and progress into the tooth.

Once the cavity is big enough to detect in the mouth or on radiographs, the entirety of the soft tooth created by the bacteria must be removed, along with all remaining bacteria surrounding the softened tooth structure. If the cavity is not removed quickly enough, the bacteria will progress to the nerve of the tooth which will create an intensely painful reaction, sometimes an abscess. This is why it is important to treat cavities early before they have a chance to spread. 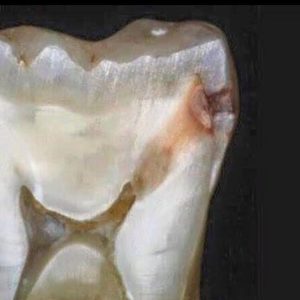 If your dentist tells you there is a cavity that must be treated, they are trying to remove the disease in a tooth before it has a chance to spread further into the tooth. If the cavity is not caught early enough, a root canal, core buildup, and crown will be required costing upwards of a couple thousand dollars. Sometimes the cavity spreads so extensively that there is not enough tooth structure remaining to restore, requiring that the tooth be extracted resulting in a missing space  and even more money to replace.

Take care of your teeth. Brush and floss often. Don’t drink sugary drinks and carbohydrate rich foods exclusively. Even if all the “rules” are followed, sometimes a cavity will still appear. Get the cavity removed early before it has a chance to spread causing far more issues down the road.

We'd love to hear from you!
Please send us a message using the form below, request an appointment using our convenient appointment request form or call us today at (931) 526-4912.